What a terrible blogger I have become. This is due to the fact I've been really well for a long time and have nothing RA-related to report! I'm sure no one wants to hear about my couple of months watching all the series of Breaking Bad back to back. Happy days. I've spent the summer trying to do more freelance photography work on the side and also doing my favourite thing - travelling. Life isn't all sunshine and roses but I am very very grateful to be feeling so well. At the moment my health is not on my mind and I can focus on other things. Ok, update over.. I'm sure I will return with my usual ranty posts if/when I feel worse!
Posted by Squirrel at 11:26 4 comments:

Yesterday I had an unexpected/great conversation with a colleague of mine. She usually works in another of our offices but sometimes comes up here. I ran into her yesterday and noticed she had a walking stick. Now, normally I am not the type of person to pry but we were having a catch up and she mentioned that she'd had an operation. As I have known this girl for a few years and we are friendly, I asked what/why (already guessing it was a hip replacement) and it turns out she has RA. How strange when you find out people in your life you've known for years are fellow sufferers! We had a long chat about our conditions, her operation and general RA-banter. Hers presented quite differently to mine, in the form of adult-onset Stills (which sounds very very scary!) but now after 16 or so years just takes the form of regular RA. She is such a busy, hard working, hard partying gal and I have great respect for her knowing what she's dealt with and how much she has achieved. Hopefully after the hip has recovered from the op she will feel the benefits of better mobility so she can continue living her fab life. I'd like to think that if either of us ever needed support, we would now know that there is someone in 'real life' that can lend an understanding ear.

That's two people now at work that I know have auto-immune illnesses and are on anti-TNF. Both under 35 and both don't 'look sick'. Someone really needs to come up with cures for these things so that young people (and older too!) can just get on with their lives without all this rubbish!
Posted by Squirrel at 09:42 No comments:

I sometimes completely forget that this blog is actually public - beyond my regular readers, I mean. I'm so surprised and humbled when I get a comment from somebody new who has somehow come across the blog and found something worthwhile here.

So to all the new folks - welcome and thanks for reading!

I have a full week off work, for the first time since I started working full time 4 years ago. It's BLISS!!!!!!! That makes it sounds like I haven't had a holiday at all, which isn't what I meant. I get 34 days off a year and I take time off very often, but it's always to do something. I'm very lucky and I travel a lot which means that my holidays tend to be very action packed. I do take the odd couple of days off to sit and chill but this time I have the ENTIRE week. I've felt quite fed up with work for the past wee while and decided to take a proper chunk of time to rest. I almost don't know what to do with myself. What did I do for years as a lazy student?! I think I was drunk all the time.

My birthday party was on Saturday and to be honest it took me until yesterday to fully recover. I had the flu last week as well which didn't help. My actual birthday was Monday and yesterday was spent cleaning my house so today is my first official 'got nothing to do' day. And there are 4 more after this! Woo hooooooooooo!

Unfortunately it's raining outside and the forecast tells me it will be raining tomorrow too. Thanks, Glasgow! I think I am going to clear out my wardrobe and then head out to town to prance in the rain.

This is a really rambling post, mostly because I HAVE TIME OFF AND NOTHING TO DO! YEeeeehah!
Posted by Squirrel at 08:18 3 comments:

Sigh.. one finger has turned into 3. Grumble grumble grumble. I blame this prolonged winter we've been having - we still have snow on the ground!! It's APRIL!!!! Go away!

It's my birthday in 2 weeks so it better be gone by then. After the last post I was going to ring the doctor but the swelling went down over that weekend so I didn't, only to return last week in 3 fingers (woop!) and now it's Easter holidays and no one's picking up the phone so hopefully I'll get hold of someone tomorrow. I hope they can fit me in this week! Need..my...steroid..fix!

I'm quite surprised at myself that I've been quite calm during this flare. I usually tend to get quite down when it 'comes back' but apart from a little meltdown that I had on Saturday, I've been pretty upbeat. I just need to remind myself to keep the negative thoughts at bay and not spiral into panic mode. When you take away the 'what if's' and only focus on the current physical problem it seems much easier to manage to stay positive.

In other news, my girlfriend has an appointment at the rheumatologist on the 24th, so I'll be going with her.

Also, I got a little pay rise today at work which was quite nice! I've also been working on my own website for my freelance photography and it's looking pretty good! I will share on here when it's done.

And finally - it's my birthday soon, as I already mentioned. I love my birthday! I'm such a child. This year I'm having an 'Under the Sea' fancy dress party. I'll be 27...

It seems I am headed for my now almost traditional yearly finger joint injection. A finger's swollen up again, this time the right hand middle one which is a bit of a nice change - poor pointer finger is getting a break at last. I tried ringing my doctor today but strangely no one picked up. Oh well..will have to wait till Monday. I have plans to plant some trees in the neighbourhood tomorrow with my community garden group - will be fun with my special hand! Been almost 11 months since the last finger flare so not doing too bad. It's all starting to feel a bit like Groundhog Day now with these yearly flares and injections.

I don't really know what this disease pattern means and my doctors haven't mentioned changing my meds or anything as my flares are very localised and inbetween them I tend to feel totally healthy. I don't even know if the medication I'm on makes any difference, but I'm not willing to stop it and find out. I did definitely feel worse in the first 3-4 months after diagnosis, but then I suddenly felt better and I wasn't even settled on my medication yet. Since then I've had the same pattern of feeling totally fine for about 6-12 months, then flare. The flares are not getting any worse over time, always the same and always localised. But how long can this good luck last? I don't really want to change meds as the hydroxy + occasional joint injection seems to keep it at bay 95% of the time, but maybe on methotrexate I wouldn't have symptoms at all? I know at some point in the future the steroids might not work, or the flare might be worse or the disease might progress to the point where it doesn't remit anymore. But maybe not, maybe I'll get lucky. I try not to think about it. Go away, scary thoughts. It's Friday! Hope everyone has a nice weekend ahead!

You know those days..

.. when you just have to eat a whole bar of chocolate in one go? Mmmmmm.
Posted by Squirrel at 12:26 1 comment:

This isn't an RA related post but I wanted to see what others on here think.

I've had to have quite a few dental fillings recently, my first ones apart from a small white one as a child. When I had my consultation the dentist recommended 3 white and 3 black fillings due to the cost and the cosmetic placement of the fillings, with the white ones nearer the front of the mouth.

I am not particularly vain about the back of my mouth and the black ones are quite a bit cheaper. Since I was made to feel like there is no particular reason to choose one over the other apart from cosmetic preference, I agreed to go ahead with this recommendation without giving it too much thought.

Having had the final fillings done this week, I happened to come across information on black fillings which filled me with quite a lot of apprehension. I was not aware that these 'silver' fillings as the dentist marketed them are in fact 50% mercury. Not only that but the mercury vapours leak out daily in tiny doses and these types of fillings have already been banned in quite a few EU countries due to toxicity. They are also not recommended for children and pregnant women by NHS guidelines.

Why did I have to find out this information on the internet? My dentist didn't mention any vital differences, didn't give me any leaflets on risks and benefits and didn't once mention the word 'mercury'. I had no idea, I thought the fillings would be silver and that the whole thing was no big deal. I mentioned this to people at work, many of who had these fillings and none of them knew either and were quite shocked.

I'm very angry that I wasn't given all the facts, but it seems there is an NHS-wide practice of not disclosing this information. No scientific study conclusively proves that the amount of toxin released affects human health, but I don't actually want a highly toxic substance in my mouth, period. I also don't care that many people have had them for years without problems - it's not really the point. Why expose yourself to a toxin when there are perfectly good alternatives?

Had I been given the info, I would've definitely paid the extra £150-£200 to have all 6 fillings in white composite. I understand that for some poorer people the cheap mercury fillings are the only way to combat tooth decay and it might be a worthwhile risk/benefit ratio. However, I don't think it's right to force these fillings on people without giving all the facts. I'm not even saying dentists should say "these are definitely dangerous", just point out that there is mercury in them and little amounts do seep out in the mouth and to ask if the patient is comfortable with going ahead. I'm really angry but I don't really know what to do about it.

I also found out that if I elect to have them replaced with white ones, there is more risk of unnecessary tooth/nerve damage
and more mercury release due to the drilling. So really a lose-lose situation.

I guess I will go back and speak to the dentist to ask why I wasn't told this and see what she says. Pretty sure she will send me out the door telling me to stop wasting her time! 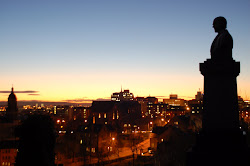